Chadron, Peru, and Wayne State add $564.8 million to the state's economy each year.

The Nebraska State College System (NSCS) has always been a cornerstone of the education system and workforce in Nebraska. We’re pleased to present the following reports that provide factual evidence of the collective impact of Chadron, Peru, and Wayne State Colleges. This independent report illustrates that the NSCS adds $564.8 million in income to the Nebraska economy each year, demonstrating that your State Colleges are working for Nebraska. (View the full and college-specific reports)

The System continues to have a significant positive economic impact within the rural communities the Colleges serve and Nebraska as a whole. Additionally, Chadron State, Peru State, and Wayne State Colleges are key in preparing students to enter high-demand, high-skilled, and high-paying careers necessary to continue to grow the Nebraska economy. The Colleges support a variety of businesses and industries in Nebraska and benefit the state by contributing to an expanded economy and improved quality of life for all Nebraskans. The benefits created by the NSCS extend to the state government through increased tax revenues and public sector savings.

in total economic impact each year.

for every dollar invested in the State Colleges.

The NSCS added $564.8 million in income to the Nebraska economy during the analysis year, equal to the sum of operations spending impact, the student spending impact, and the alumni impact. For context, the $564.8 million impact was equal to approximately 0.4% of the total gross state product (GSP) of Nebraska.The NSCS’ total impact can also be expressed in terms of jobs supported.

The results of this study demonstrate that the State Colleges continue to have a significant positive economic impact not only on the individual lives of their students, but for Nebraska as whole. NSCS benefits Nebraska businesses by increasing consumer spending in the state and supplying a steady flow of qualified, educated workers to the workforce. The NSCS enriches the lives of students by raising their lifetime earnings and helping them achieve their individual potential. The System benefits Nebraska taxpayers through increased tax receipts and a reduced demand for government-supported social services. Finally, the NSCS benefits Nebraska by creating a more prosperous economy and generating a variety of savings through the improved lifestyles of its students.

Learn how the State Colleges are working for Nebraska. 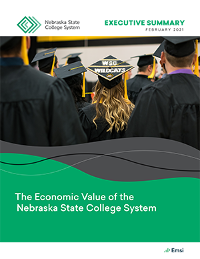 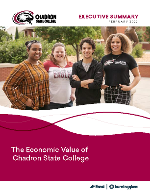 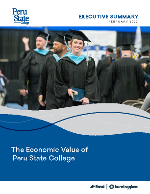 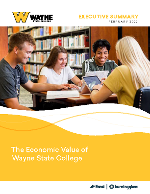 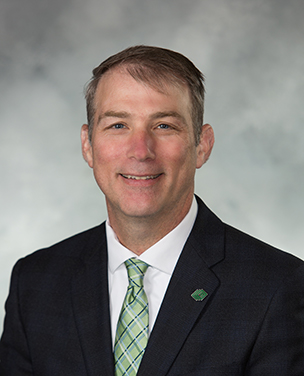 in total economic impact is generated by Chadron, Peru, and Wayne State each year.